Copying your favorite beer at home

Every person who starts brewing at home, sooner or later sets himself the goal of completely copying the most favorite sort of intoxicating drink. But, according to the world-famous American brewer Josh Weikert, this is not worth doing, it is enough to get a beer similar to the original.

Admittedly, even with the skills of homebrewing, it is much easier to brew just delicious fresh beer than to recreate your favorite brand. By learning the intricacies of beer brewing, the dependence of its taste on various components, you can not only achieve the similarity of the resulting drink with your favorite original, but also make it more perfect! 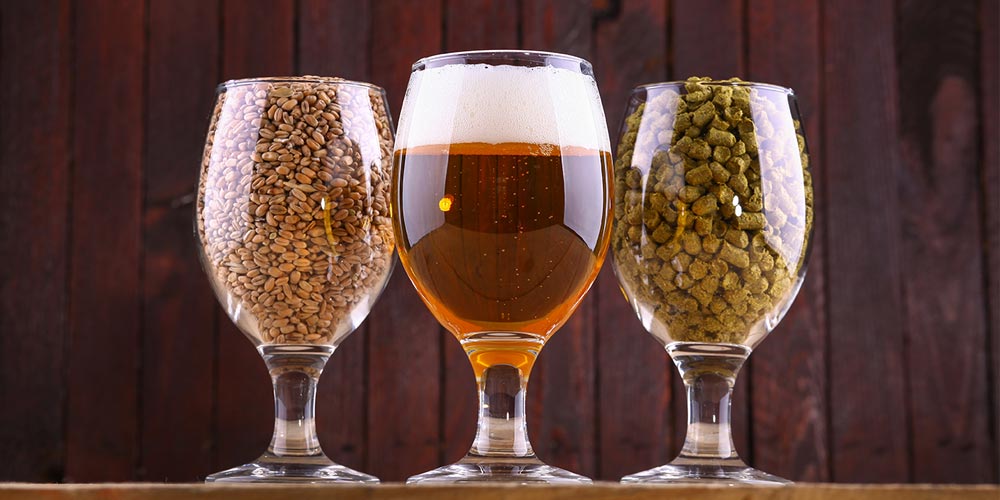 It is not uncommon for advanced homebrewers to use the information in the Beer Copies section of the BJCP style guide to make their favorite beer. This guide is for the BJCP (Beer Judge Certification Program) and therefore does not serve to evaluate the accuracy of the beer copies created. The Beer Copies section of this manual should only be used as a tool for those who wish to brew a hoppy brew that has key parameters (beer style and/or impressions) not covered by any other section of this document.

Below we will look at the process of brewing this style of beer. Let's take Belgian Pale Ale as an example. In this example, we will get a general idea of copying beer.

Having decided to copy a certain type of beer, you should make a small list of positions that determine its features. These criteria are style parameters. These characteristics include: taste properties, strength of the drink, transparency, color range and others.

The above factors are among the key properties of the original Belgian pale ale, without which it is impossible to create a full-fledged copy of this drink. If you can replicate them in your own beer, that would be a wonderful accomplishment. Although it will be a very similar drink to the original, but not identical to it, we did not achieve such a goal in our case. 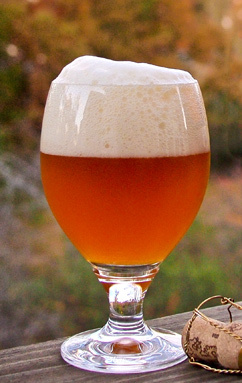 As a basis, you can take a ready-made recipe that is trustworthy. But, when it comes to less common beers, this method is irrelevant. You will have to use your experience, knowledge to make your own recipe. It is also possible to find and use the recipe of varieties of preparation of an intoxicating drink on the side, which are similar in characteristics and properties.

Type of beer Belgian Pale Ale not only has an increased strength, but the color of this drink has its own characteristics - not very saturated and bright. Based on these characteristics, for 20 liters of finished beer, we make the following recipe

Since the conversation is not about the German camp, but about the Belgian beer, we will add a little Candi Sugar cane sugar or Candi Syrup syrup - 0.23 kg.

As a result, we get a drink: 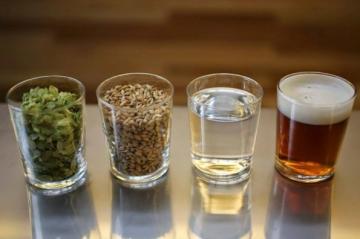 In addition, the aromatic-spicy spirits obtained as a result of fermentation provide the Belgian ale with a little extra strength. Hopping is not particularly difficult. To achieve 25 IBU bitterness, we need 20 gr Saaz hops. and Styrian Goldings 10 gr. Hops are added in three equal shares of 10 grams. It should be noted that hops are not a determining criterion for this type of beer. Therefore, you can use almost any Bohemian or floral hops.

An important, even fundamental role for Belgian Pale Ale, as for many Belgian beers, is played by the choice of yeast. To get a hoppy drink that is qualitatively indistinguishable from the original production, use the following mixtures of strains (Belgian Style Ale Yeast Blend (White Labs #WLP575) or Wyeast Trappist Style Blend (3789-PC). With their help, your beer will have a peculiar spicy aroma and light hop character.

The main goal of the recipe of the created “copy” is to obtain in the drink those characteristics that you originally determined. Of course, you can try to find out the exact recipe of the original Belgian Pale Ale, but it is much more interesting, by choosing different ingredients yourself, to create a beer product that does not differ from the original product in its aroma and taste. In addition, experimenting with different Hallertau Mittelfrüh, Fuggles, East Kent Goldings (EKG) or Northern Brewer hops can create a completely unique beer taste. 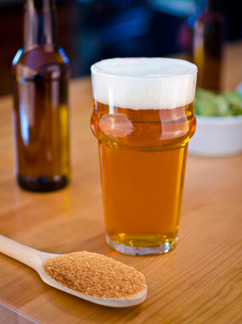 In order to brew a copy using your microbrewery, you will most likely need to make changes to the usual process. But do not try to exactly repeat the technology of factory brewing. It is recommended to make changes to home production only to improve the quality of the drink, and not to ensure that the process taking place in your device repeats the industrial one.

For example, the mashing and brewing steps in this example are similar to those of other beers. The difference in our case is the use of simple sugars as an additive.

After the beer wort has been cooled and poured into a fermentation tank (fermenter), we add yeast and leave to ferment for 5-10 days, at a temperature of +18..+22 0С. At the end of the fermentation process, we add a primer, bottle it and put it for several days for “carbonization” at a temperature of +15..+20 0С. After that, we transfer the young beer to the refrigerator for final maturation and subsequent storage. After two weeks of aging in the refrigerator, beer can be served at the table.